The Lincoln County Historical Association (LCHA) is a membership based 501(c)(3) non-profit organization. It was founded in 1954 by noted local artist Mildred Burrage.

Mission: Our mission is to collect, preserve and interpret the history of Lincoln County, Maine, which once extended from Brunswick to Canada. We are stewards of three historic buildings: the 1761 Pownalborough Court House in Dresden, the 1811 Old Jail in Wiscasset, and the 1754 Chapman-Hall House in Damariscotta.

LCHA maintains its historic buildings as museums that are open to the public. The museums feature collections of textiles and costumes, tools, furniture, baskets, housewares, photographs, maps, manuscripts, and other ephemera that help to tell Lincoln County’s stories. The buildings, with the help of our docents, also tell human stories of the lives of county residents as our towns grew and flourished.

Michael Chaney is the Executive Director of the Frances Perkins Center, based in Newcastle with administrative offices and a public exhibit on Main Street in Damariscotta. Chaney, a native of Alna, holds an undergraduate degree from the University of Maine-Orono and a Master’s in history from the University of Connecticut. Before returning to Maine in 2010, Chaney’s career was in non-profit management and public history in Vermont and New Hampshire, including, from 2001 to 2009, serving as President and CEO of the New Hampshire Political Library, a non-profit educational organization founded to preserve New Hampshire’s first-in-the-nation presidential primary. From 2010 until 2014, Chaney was the Executive Director of the Yarmouth Historical Society. He joined the Frances Perkins Center in April 2014 to serve as Executive Director.  He has served as a trustee of the LCHA since 2016.

Ryan LaRochelle is a faculty member at the Cohen Institute for Leadership and Public Service at the University of Maine, where he teaches courses on American politics, public policy, and leadership studies. He holds a Ph.D. in Political Science from Brandeis University, and has conducted research at several archives as part of his academic research and teaching. Ryan and his wife Sarah live in a c. 1780 home in Dresden. He joined the Lincoln County Historical Association Board of Trustees in 2018.

no images were found 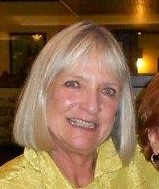 For most of her adult life, Linda Pope has been involved in public education, working as teacher, aide, or administrator. She taught at both the elementary and high school levels and directed an outreach program for the University of Maine, Orono. When residing in Newcastle, Linda headed the planning board and was deeply involved in local civic affairs. During summer vacations and in retirement, she has happily joined her husband in the renovation or re-purposing of a half dozen historic buildings. Linda lives in Wiscasset, not far from the Old Jail where she docents in the summer