The original jailer’s house was built as part of the jail in 1811. After a fire in 1838 destroyed the Jailer’s House and the wooden roof framing of the stone jail, significant expenditures were made to repair and improve the third story of the facility. The “vaults” or cells on the first and second floors were essentially unchanged, and they remain virtually unchanged to this day. To replace the wood framed jailer’s House a two and a half story brick house was erected in 1839.

Displays in the front parlor and dining room change year by year, but the 19th century kitchen, where the jailer’s wife had to cook for up to 50 prisoners in addition to her own family, is always on view. Visitors leave with a real sense of the hard work that came with being the jailer’s family, the hard life of the prisoners and the odd juxtaposition of family life and criminal incarceration. Today, the jailer’s house is also home to a delightful collection of period garments, well worth a visit. 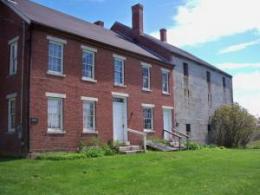 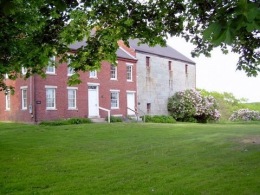 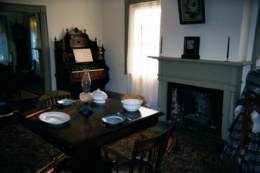 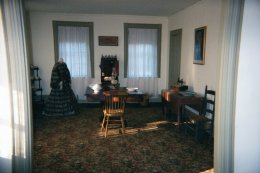