In 1835, newlyweds Tilden and Elizabeth Hall of Waldoboro, Maine purchased the house from the Chapman family. It then became known as the Hall House, and Tilden carried on his business as a blacksmith. Tilden and Elizabeth’s daughter, Anna lived in the house until her death in 1907. Anna’s two siblings, Valentine and Augusta, died young. In her will, Anna left the house to the neighboring Baptist Church. After briefly serving as its parsonage, the house changed hands twice quickly until Woodbury Dodge, blacksmith, purchased it in 1910. He added the ell and a barn, which is now gone. His descendants sold the house to Ralph Davis in 1959.

In 1960 the property was under consideration to be sold and developed as a gas station. A group of local individuals recognized its historical significance, and founded the Chapman-Hall House Preservation Society. They purchased the house and enlisted historian Abbott Lowell Cummings as consultant on its restoration. On his advice, the house was restored to show changes in taste and room details over a 70 year period. Chapman-Hall House is now owned and maintained by the Lincoln County Historical Association, having been transferred from the Society in 2008. 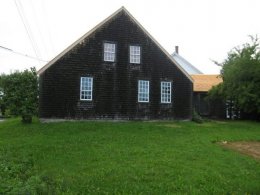 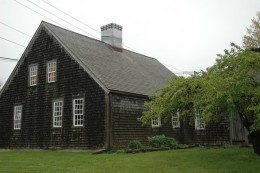 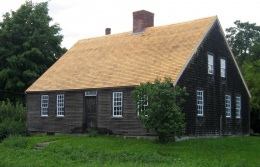 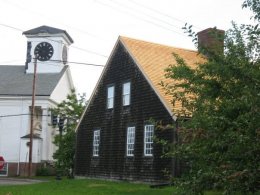