Of the men who designed and constructed the buildings of Pre-Revolutionary Maine, Gershom Flagg of Boston stands out as one of the few whose career is well documented. During a span of approximately two decades, Flagg played an important role in the building of five forts, a courthouse (Pownalborough) and a residence.

Born in Boston on April 20, 1705, Flagg was the fourth of John and Abiah Kornic Flagg’s nine children. His mother died in 1715. Two years later his father acquired a house on Hanover Street, in which the family resided until he died in 1732. Upon the elder Flagg’s death, Gershom gained title to the Hanover Street property by paying the other heirs their respective portions of its appraised value.

Purchasing his father’s Boston residence at the age of 27 would indicate that Flagg had progressed rapidly to establish himself as a housewright and glazier. Two years before, he married Lydia Callender, the daughter of a Baptist minister, whose religious faith he shared. When she died without issue, he married Hannah Pitson in 1736. They had two children.

Flagg and the Pownalborough Court House

Flagg was also a Kennebec Proprietor who had ample reason to invest the courtroom and the judges’ chambers with dignity and grandeur befitting the county seat in anticipation of the important and prominent business to be conducted there.

Although Flagg and his workmen were unable to complete the chimney and lay a permanent floor by the time the court was scheduled to meet in September 1761, the architect saw to it that a temporary floor was installed and table and seats provided. Flagg also thought to present the sheriff, Charles Cushing, with a white “wand” to carry as his staff of office when he led the procession of judges into Lincoln County’s first courthouse. Upon adjournment, the judges, well pleased with their accomplishments and quarters, assembled to raise glasses to the Kennebec Proprietors, adding a special toast to Gershom Flagg. 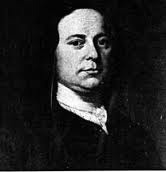 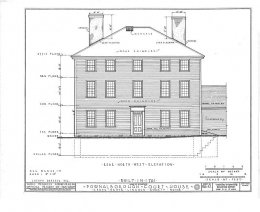 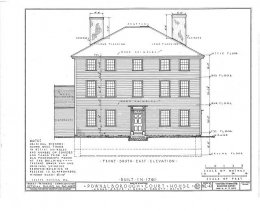 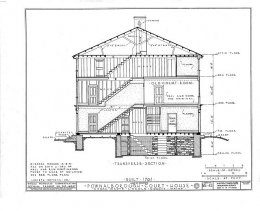