In April, 1761 the Kennebec Proprietors voted to build a three-story courthouse within the parade grounds of Fort Shirley, which was then in the process of being dismantled. One of the block houses was to be used as a gaol and part of the barrack as a house for the gaol-keeper. Within three months carpenters arrived from Boston, sent by the architect, Gershom Flagg. The building has 45-foot supporting beams and carefully constructed trusses and a skillfulness of proportions that is very pleasing. The wide floor boards throughout the building include on the third-story landing a 52-inch plank – a rather surprising violation of the well known law that any timber over 24 inches wide was reserved for masts for His Majesty’s Navy.

The courtroom, 45 feet long and with huge windows, is still quite imposing. It is located on the second story, which was traditional with courtrooms in that time, when court sessions were often held in taverns or churches or private homes.

One of the first judges to sit was William Cushing, who later became Chief Justice of Massachusetts and then Associate Justice of the United States Supreme Court. He is the only man in history to refuse the Chief Justiceship after being appointed. If Cushing had accepted the appointment, John Marshall would never have become Chief Justice. Among other judges at Pownalborough were Robert Treat Paine, one of the signers of the Declaration of Independence, James Sullivan and Increase Sumner (both of whom became Governors of Massachusetts).

Traveling to the Court House

Traveling to the courthouse was an arduous task. At one time in 1792 Judges Robert Treat Paine and Increase Sumner adjourned court in Portland on Saturday and were anxious to open court early on Tuesday at Pownalborough. They, accompanied by Attorney General James Sullivan and officers of the court, started on Sunday with their horses and carriages. They were to journey to Bath and then proceed up the river by boat on Monday. At Freeport they were all arrested by the warden for violating a statute which prohibited traveling on Sunday. They were so annoyed that they probably failed to appreciate that the statute had been enacted largely by Robert Treat Paine. They were exempt from arrest because they had to open court on Tuesday. By act of the Legislature, the proceedings against them were stayed. 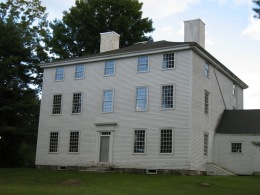 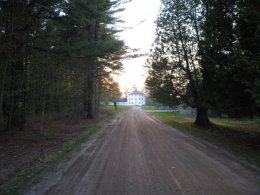 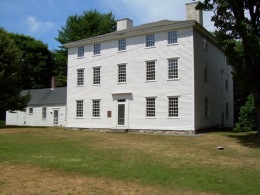 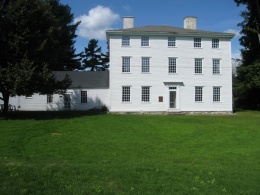